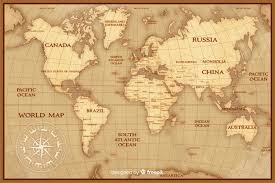 The term Cartography is the art, science, and technology of making maps, together with their study as scientific documents and works of art. In this context, we may regard all types of maps including all plans, charts, and sections, three-dimensional models and globes representing the earth or any celestial body at any scale. (International Cartographic Association 1973).

Good cartography is important because it helps us visualize spatial distributions and relationships .Cartography makes it possible for us to perceive patterns and processes that are often difficult to express verbally.

Modern cartography largely involves the use of aerial , increasingly, satellite photographs as a base for any desired map or chart. The procedures for translating photographic data into maps are governed by the principles of photogrammetry and yield a degree of accuracy previously unattainable. The amazing enhancements in satellite photography since the late 20th century and the general availability on the Internet of satellite images have made possible the creation of Google Earth and other databases that are generally available online. Satellite photography has also been used to create highly detailed maps of features of the Moon and of several planets in our solar system and their satellites. In addition, the use of geographic information systems (GIS) has been indispensable in expanding the scope of cartographic subjects.